When Was The Last Time You Had A Fire Drill? 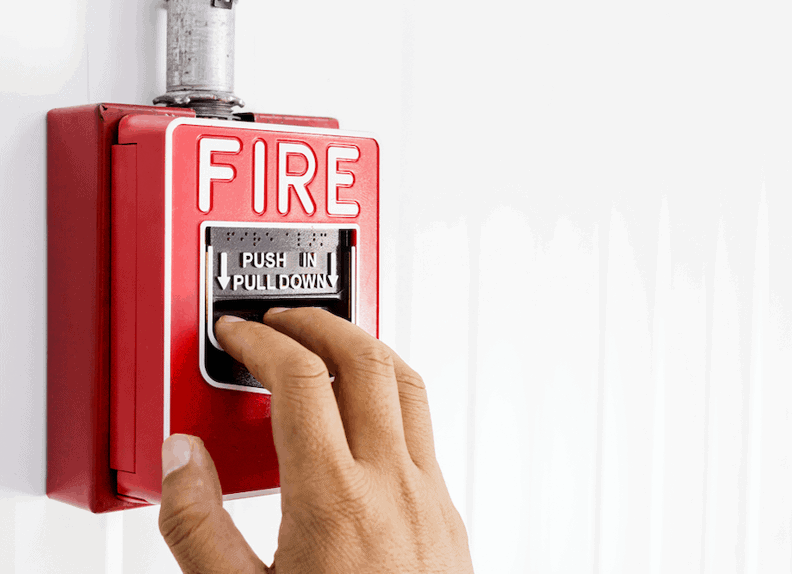 Have you conducted a fire drill recently?

Fire drills can often be seen as a practice that takes up time and slows productivity. Stopping the work of a whole office or school for everybody to shuffle outside and have a chat can seem like a time-wasting procedure. We have all been there! The loud bells, everybody standing up and slowly walking outside. The mention of this practice is usually followed by groans and viewed as a useless exercise. But we still do it because the government says it is required. While we all follow this rule we often hear people asking us what is the importance of it? Do fire drills actually help us during an emergency?

Fire drills should be carried out in all commercial premises including offices, factories, and even schools. A fire drill at school meant I didn’t have to do any work for 30 minutes and were the best days ever.

The main goal of a fire drill is to ensure that the people in a workspace or public place will remain in control. Despite an emergency there should be a clear plan of action that people are familiar with to ensure that they can evacuate as efficiently as possible. An effective fire drill should have select people delegated to act as an authority in an emergency situation. There should be a clear and direct route into a place of safety and systems in place to ensure that all people follow this direct route.

Will a fire drill help me and my business?

When a fire drill is conducted it gets people used to the evacuation plan. If there is no practice then people will be unsure and feel more in danger of the emergency. This can quickly lead to panic that can lead to a worser scenario and endanger more lives. Remaining calm is such a key factor for a successful evacuation. Once people are comfortable with the fire emergency plan then this will put them in good stead should a real emergency arise.

An effective fire drill will also identify problems that can arise with the evacuation procedure. As this procedure will be different in every workspace there are often hurdles that are overlooked when planning for an emergency. A fire drill will ensure that the evacuation procedure is doable. There could be no worser scenario than evacuating a building to find that some emergency doors wouldn’t open. Overcome issues like these by conducting more frequent fire drills to smooth out any barriers that prevent a smooth evacuation.

The alternative method is to schedule the drill at a specific time. This can lead to more desirable results for several reasons. A planned fire drill allows people to follow a set out evacuation plan without the worry of imminent danger. This can allow them to review the evacuation to make sure that it was the most effective way. This planned experience will be less stressful than an unplanned test so it can be remembered as a more positive experience and be more easily replicated should an actual emergency arise. If tests are conducted as planned activities, then people will be less likely to mistake a real event as a pretend emergency. A planned fire drill also allows staff to plan their activities around this so that they will not lose their work.

Do you have a plan in case of fire?