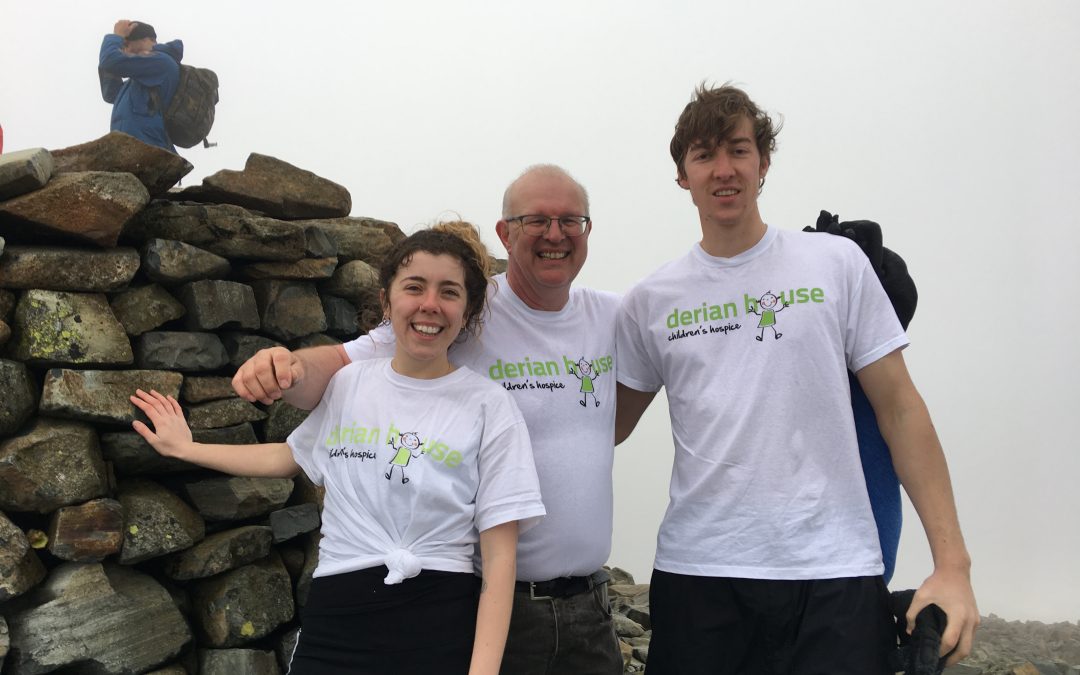 How our partnership first began

Our relationship with all our lovely friends at Derian House Children’s Hospice started at the beginning of 2019 when we were invited on a tour of Derian by Corporate Partnership Manager Abi Williamson.

Admittedly we weren’t sure what to expect as many would assume a hospice would be a sad place. Derian could not be further from that. What we found was a wonderful home full of laughter, love, support and warmth. After our tour of the hospice and a chance to hear more about Derian, we just knew we had to get involved and do our bit to ensure the success of this fantastic charity and all the amazing work they do for local children, young people and their families.

The very next day we joined Derian’s Corporate Partnership scheme. Being a Corporate Partner means we promise to promote and support Derian whenever possible. It costs almost £4million per year to keep the doors open at Derian House, but less than 10 per cent of this comes from government funding. For the remainder they rely entirely on the generosity of the public. We decided we’d launch a year of challenges that our team could get involved in and raise money through sponsorship.

Our fundraising challenges so far

Our first challenge came in March 2019 in the form of a 10k taking place in Sydney, Australia. Our operations queen, Heather Thomas took some time out of her break away from the office to partake in this stunning, world-famous coastal walk starting at The Spit and ending at the iconic Manly Beach. As well as idyllic beach scenes and marinas, Heather also encountered lots of local wildlife such as spiders, water dragons and cockatoos – eek!

Next up was our Lake District 3 Peak Hike which saw several team members coming together to take on 3 of the big boys: Helvellyn, Skiddaw and Scafell Pike over the course of two days. Heather, Curtis and MD Nigel got involved with this one and endured all the elements combatting sunshine, rain, hail and blustery winds in order to conquer the mountains. The weather got so bad that Scafell got called off at one point, the team were absolutely gutted – especially after putting in so much effort the climb the others. However, it seems the weather was on our side after all and our bad bout of luck soon cleared up, allowing us to make it to the top of England’s highest peak in just a few hours. On a side note – Skiddaw is one heck of a slog, so much steepness and grey nothingness!

July saw us get on our bikes and take part in the annual Manchester – Blackpool ride. Starting at Media City and ending at the promenade in the seaside resort, our guys gave it everything they had to complete this epic 60 mile journey. The weather was on our side this time and we had loads of fun cycling in the beautiful English countryside, stopping at a few pubs along the way, of course. Safe to say there were a few sore bottoms in the office the following day…

In August we joined 200 other Derian Supporters and took part in their annual Walk the Bay event. We set off from the promenade at Arnside and headed out onto the sands, led by the Queen’s official Guide to the Sands, Michael Wilson. We crossed the River Kent, through 2ft-deep water, and finally across the salt marshes, finishing at Kent’s Bank Station. This was the 24th time time the walk had been organised and a total of £9000 was raised! This walk had originally been planned a few weeks earlier but torrential rain and flash flooding meant it was called off at the last minute for safety reasons. Thankfully the weather this time was absolutely glorious and everyone was in a great mood. Lots of fun was had by all.

Our fifth challenge is a big one! Due to take place this November, Heather and Curtis will visit Peru to take part in a 5 day trek high up in the Andes Mountains. They will be joined by a guide and climb the remote Salcantay trail to the ancient ruins of Machu Picchu. They will hike impressive peaks and glaciers such as Salcantay and Humantay, cross rivers and subtropical zones of abundant vegetation, encounter wild fauna such as parrots and hummingbirds, meet with the native people of Andean communities and finally arrive at the “Lost City of the Incas”, Machu Picchu. This trip is not for the faint of heart and our guys will be trekking for up to 9 hours a day. We can’t wait to see the photos and hear all about it. Good luck Heather and Curtis!

If you would like to support Derian House and Heather and Curtis on their adventure, please click on the link to donate.